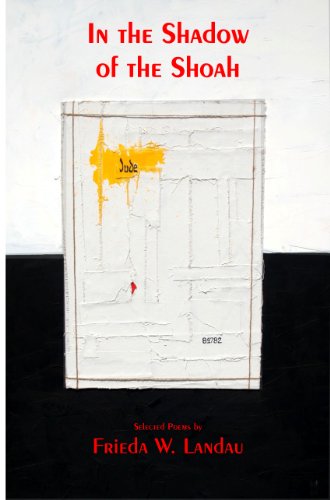 It made them a little happier; they thought that now, we can at least die together and hold each other's hands. Father all the time said "together", "together", he was very scared; scared because of us or scared because he was close to death. Either way, it was natural to be scared. T he bandits probably enlarged and loosened this giant circle because suddenly it was a bit freer and we were able to sit on the ground, thirsty, hungry and completely exhausted in the depth of our souls.. I think it was pouring rain and windy.

I remember it like in a nightmare that I woke up from wet. I cannot be sure if it was or was not like this, but this is how I remember it. A ll night there were shooting, many, many people were shot. There were many escape attempts of groups or single people. Some people managed to escape but most of them were shot and killed at the end of the field. Bodies were piling more and more, but it didn't deter people from trying to escape only to be shot down and killed.

Shadows of the Shoah

A fter the first light appeared, we saw the train coming on the railway, long and frightening with cattle freight-cars. The doors opened and there was a selection point. I will soon get used to the term "selection". This is the first time I heard of it. People forced with severe beating; beaten and wounded people pushed into groups and the Nazis choose roughly the people for the transport.

W e went already with the first deportation. Father didn't let us get to the edges where people received beatings from the handles of the rifles. This is why he made sure we were always at the center of the crowed, far from the blows. Everyone fought for their lives; and if not for their lives then at least they fought not to get wounded because the wounded people suffered inhumanly. My parents moved towards the train; we were sent back. I saw mother returning back to us and father pulling her forward. Me, my sister Golda and her friend Sonia Furman tried to pass once more. I received a beating on my back from a whip.

Well, at least it's not as bad as from the rifle handle, but still, the pain is sharp, maybe my skin is torn. My parents are moving away; we can not see them. We try once more to look for them; maybe we will see them. We wanted so much to be with our parents. Sonia also wanted to stay with us; she remained all alone and we were the only people to hang on at the last days of her life.

We realized that she lost her parents. We didn't see them. Maybe they were already in the cart. Golda and Sonia pass me. Again, there are shoving; this time it is a Jewish policeman. I am pushed to a group of young people like me. I was not yet aware of the meaning of this. T hey guarded us and didn't let us approach each other.

We spent another night in the field. Again, escape attempts; again, many killed. We tried to talk amongst ourselves, but even this was impossible: immediately severe beating and shooting. The morning came and we were pushed to the carts, running and receiving beatings from all sides. There was no way to avoid this. The Ukraine and Lithuanian traitorous slaves were worse than the Nazis themselves. They were from another planet. How can these people who received all the lives a socialist-humanitarian education based on the Marxist Internationalism - and I am talking about the Ukraine people of course - behave like this?

The young Germans have been taught in ideological Nazi schools and were educated to murder - as simple as that; but the pupils of the Communist regime? Even today, while writing these words I can not grasp this. My hatred and fury towards them increases when I remember that disastrous day; they were even more sadistic, as if they were enjoying seeing people suffer.

I absolutely decline their excuse that they were forced to do this by the Germans. They did those horrific acts with pleasure and on their own initiative - they simply enjoyed it. T he strength is running out. Exhausted and beaten, we climb to the carts which its floor is very high. Those who cannot make it are severely beaten. Inside, the cart is filthy; the stench is immense and there is excrement.

People are falling on the floor; unable to stay on their feet anymore; more and more are shoved inside; people are sitting crowded, almost one over another. People excrement in their clothes from fear; the doors are shut and air comes in only from two small windows above that are closed down with barbed wire.

T he train is moving. It accelerates and honks the horn all the time. Why does it honk all the time? It is as if it wishes to say move aside, the lepers are coming to their death. I nside, some of the young people are trying to open the floor. They have tools, they thought about this ahead. Maybe they can make it.

Some people are also trying to open a crack in the wooden door. I nside the train cart, there were two friends of my brother Eliyahu : his best friend Eliyahu Pszebolski and Chaczek Zabludowski.

He was the initiator and the organizer. The boys managed to open a board in the floor; enough to squeeze through and get out. People hesitated; the train was moving very fast and it was very scary. There was nothing to cling to. You needed to put your legs on the ground while the train was in motion and to immediately let go of your hands or you will be killed by the axle, and this is what happened. Chaczek went first; he said to me with no fear that we are going to die anyway, so lets at least choose to die free and at out own time and way. O nly few people chose to try and escape like that.

We heard gun shots all the time from the guards. The guards were standing on the roof of the carts and shooting with no distinction. I don't know if my friends managed to stay alive and escape safely and I never saw Chaczek again in my life. T he train stopped after several hours. Time lost its meaning and I couldn't estimate how long we were in motion.

I only know this: we started moving early in the morning, I don't know the exact time. W e passed Lapy; this means we are moving towards Warsaw, but where? I had friends from Malkin who went to school with me. They say in the wagon that we stand in Treblinka, extermination camp, here we die. In the meantime, the murderers reveal the hole in the cart near the door and they stick a rifle through it and start shooting with no distinction at the people on the floor.


There are screams; people are hurt; climbing on each other to find shelter from the murderers' bullets. Blood is bursting the walls; those who die are lucky; the suffering is over for them. But, those who are wounded are in the worst condition. They had no chance of survival and in the meantime their pain was unbearable. They pleaded that the others would end their suffering, but nobody dared to do so.

I am currently going to therapy to deal with my dysfunctional childhood. Many of my issues go back to the way my Holocaust survivor grandparents raised my father and therefore the way he raised me. My grandfather's first wife and two children were killed in Auschwitz. My father suffered terribly from physical and emotional abuse.

My sister's therapist, whose clients were genarally hungarian chassidish third genaration survivors,said she sees Hitler's face when she sees her clients. Here's a great tip! Enter your email address to get our weekly email with fresh, exciting and thoughtful content that will enrich your inbox and your life. No Thanks. Subscribe Subscribe. Ask the Rabbi. Chabad Locator Find.

By Sari Blum. Sefira Ross is a freelance designer and illustrator whose original creations grace many Chabad. Residing in Seattle, Washington, her days are spent between multitasking illustrations and being a mom. If you enjoyed this article, we encourage you to distribute it further, provided that you comply with Chabad. You may also be interested in The Fireflies. Watch Haunted by Souls of the Past. Picking Up the Pieces. Join the Discussion Sort By:. Newest Oldest. Post Anonymously. Email me when new comments are posted.

Please send me Chabad. But this desire to emerge from the Shoah shadow runs into constant obstacles. For one thing, it seems to loom larger the further we get away from it. The flow of books and films on the Nazi era does not slow; switch on any of the TV documentary channels and it's a good bet you'll come across archive footage of goosesteppers and brownshirts.

And there is a larger, sadder problem. No matter how much time seeks to heal this wound, there are those determined to reopen it.

Abraham Vered (WARAT): "Living in the Shadow of the Holocaust"

President Mahmoud Ahmadinejad of Iran may be too ignorant to realise what effect it has when he strives again and again to question the veracity of the death of 6 million Jews at the hands of the Nazis. He has, in the six short months since his election, variously called for Israel to be wiped off the map, branded the Holocaust a myth, suggested a Tehran conference for the world's Holocaust deniers and, most recently, told Europe to brace itself to take in millions of Jewish refugees from Israel. Coming from a man apparently bent on building a nuclear bomb, how does he expect all that to sound to Jewish ears, except like a warning of a terrible calamity to come, one with the most painful historical echoes?

The rest of the world may look at Jews and see a well-established, secure community, and they may look at Israel and see an armed occupier and regional superpower. But when a man like Ahmadinejad starts talking, Jews and Israelis look in the mirror and see something very different: that famous image of a frightened child, his arms in the air, cowering from Nazi guns. It may sound like a form of collective madness, but remember: the gas chambers were in operation only 60 years ago.

If the Jewish psyche is still wounded, that should hardly be a surprise. And the trouble appears closer to home, too. How could he compare the two, he was asked. The effect of such actions is to make Jews, who might otherwise be trying to move forward, rush back to assert all over again both the truth and singular nature of the Nazi whirlwind. We want to escape this shadow, but deny its reality and you plunge us right back into it.

I am writing these words on a train, travelling through Germany. And yet, it hardly feels strange at all.

There was a time when a journey like this would have felt like the breaking of a taboo: the associations with the wartime past - trains, Germany - were too obvious to ignore.